Where the external sector is concerned, the Central Bank of Sri Lanka reports that Sri Lanka’s trade deficit widened in September. During the first nine months of 2019, Sri Lanka’s balance of payments is estimated to have recorded a deficit of US$ 650 million compared to a surplus of 789 million dollars in the corresponding period of the previous year.

BUSINESS SENTIMENT The LMD-Nielsen Business Confidence Index (BCI) has fluctuated throughout calendar year 2019. Having made sizable gains in the previous two months, the index dipped by 25 basis points (to 90) in March and lost ground in the next two months as well. The unique confidence barometer then alternated between growth and regression from June to September to reach triple digits in October.

The one of a kind index stood at 111 in November, which was nine basis points higher than in the preceding month; this in fact, was the highest the index had been since February. Notably, the latest BCI survey was conducted in the first week of November, which coincided with the last stretch of the 2019 presidential election.

In a recent edition of LMD, Nielsen’s Director – Consumer Insights Therica Miyanadeniya stated that “election fever escalated amid much speculation on who would win… There was much anticipation and expectations for the future of the country.” She also noted that “there’s hope that there will be stability for business to flourish in the future.”

CONSUMER CONFIDENCE Meanwhile, Nielsen’s Consumer Confidence Index (CCI) moved up by five basis points from the prior month to 53 in November. Following a period of tightening the purse strings in the aftermath of 4/21, consumers appear to be more confident about future employment prospects, the state of their personal finances and being able to purchase what they need.

BUDGET DEFERRED In view of the 16 November presidential poll, Budget 2020 was postponed and it may well be sometime before it is presented in parliament as the nation prepares for a general election.

As a stopgap measure, parliament passed a Rs. 1,474 billion ‘vote on account’ in October to cover state expenditure for the first four months of 2020.

INTERIM RESULTS The latest interim results of the LMD 100 Leaderboard (for the period ended 30 September 2019) suggest there will be an uptick in revenue in financial year 2019/20. This is based on the premise that combined revenue of the 10 leading listed entities increased by nine percent year on year (to in excess of Rs. 820 billion) although this outcome is somewhat muted compared to that of the LMD 100’s 2018/19 cumulative top line increment (15%).

Meanwhile, aggregate profit after tax (PAT) of the top 10 reflects a decline of nine percent (to slightly over 56 billion rupees) compared to the corresponding period in the previous year.

What’s more, these leading lights are so far in the black in financial year 2019/20 (whereas one from among the LMD 100 leaders was in the red at the same time in the prior year). One the other hand, as many as five LMD 100 Leaderboard companies have had to contend with a profit contraction during this time.

First placed Hayleys reports a marginal two percent hike in consolidated revenue for the first half of 2019/20 to surpass Rs. 105 billion. However, its bottom line contracted by 17 percent year on year to 641 million rupees in the six months ended 30 September 2019.

Group revenue was supported by top line growth in the purification (26%), textiles (32%), hand protection (2%) and industrial inputs (20%) segments, while profitability “was pressured by an increase in finance costs, and persistent industry challenges in the retail and leisure sectors,” according to a statement issued by Hayleys.

In the meantime, Hayleys’ Chairman and Chief Executive Mohan Pandithage comments: “We remain optimistic regarding the group’s performance in the coming quarters given the anticipated recovery of the country’s retail and tourism sectors, the expected reduction in finance costs and the continued growth of our export businesses.”

LOLC Holdings’ (LOLC) group revenue grew by 21 percent from a year back (to nearly 96 billion rupees) in the six months ended 30 September 2019. And its profits soared by as much as 82 percent year on year to register slightly in excess of Rs. 12.8 billion.

In July, the LMD 100’s second ranked entity sold a 62 percent stake in its finance company to a Singapore based subsidiary, which it said was aimed at facilitating an internal restructure of its shareholding in LOLC Finance.

For the first nine months of calendar year 2019, Commercial Bank (ComBank) reported a consolidated income of Rs. 112 billion (up 11% year on year) while its bottom line contracted by four percent year on year (to 11.5 billion rupees).

With regard to the bank’s performance at the end of the third quarter of 2019, Chairman Dharma Dheerasinghe states: “Conditions continue to be adverse for banking and the country’s busy political agenda indicates that the business environment will remain unsettled for a while.”

“It is encouraging however, to note from our third quarter performance that the bank is adapting better than most of its peers to the challenges,” he adds.

ComBank’s Managing Director Sivakrishnarajah Renganathan elaborates that the bank’s third quarter success was achieved despite slow growth in lending, rising non-performing loans (NPLs) and impairment provisions, and higher interest expenses as a result of a shift from savings to time deposits. He remarks: “In the context of these challenges, our nine month results can be described as creditable.”

Hatton National Bank’s (HNB) income grew by nine percent year on year to nearly Rs. 109 billion for the nine months ended 30 September 2019. Meanwhile, its tax-paid profit decreased by 35 percent from the prior year (to 8.7 billion rupees). The bank explains that “sluggish economic growth exacerbated by the prevailing uncertainty continued to impact the banking industry and affect demand for credit.”

“Fee income for the nine months contracted marginally compared to the previous year. The decrease in income from trade finance was a key reason as the country saw a slowdown in import volumes during the year mainly due to lower vehicle imports. The low economic activity and… absence of development projects resulted in guarantee and loan fees declining as well,” HNB adds.

The bank also points out that the “interest margins of the sector are under pressure and stressed that market conditions along with the new SLFRS 9 accounting standard have resulted in higher impairment charges, hampering internal capital generation of the sector.”

John Keells Holdings (JKH) meanwhile, reported a four percent expansion in its top line for the six months ended 30 September by surpassing 65 billion rupees. In contrast, its bottom line registered a 58 percent year on year downside with posttax profits declining to a little over Rs. 3.1 billion.

Chairman Krishan Balendra explained in a recent address to shareholders that the group’s year on year performance for the second quarter was impacted by a downturn in its Sri Lankan leisure business – which continued to be significantly impacted by what transpired on Easter Sunday – a reduction in finance income as a result of the deployment of cash in new investments and lower exchange gains recorded at the holding company on its foreign currency denominated cash holdings.

According to JKH’s Chairman, the consumer foods, retail, leisure and property industry groups continued their growth momentum from the first quarter despite the disruptions witnessed in the aftermath of 4/21.

“The installation of external facades, mechanical and electrical services, and interior works are nearing completion for the Cinnamon Life Residential and Office Towers, for handover from April 2020 onwards… Completion of the project is on track for March 2021,” Balendra discloses.

Sampath Bank reported a top line of Rs. 94.4 billion (up 6% year on year) for the first nine months in 2019 while its aftertax profit dipped by 23 percent year on year (to nearly 6.8 billion rupees).

And the telecom giant Dialog Axiata saw its consolidated revenue expand by eight percent to more than Rs. 87 billion for the nine months ended 30 September 2019. Its after-tax profit also spiked by 13 percent year on year (to Rs. 8.3 billion).

In the nine months to 30 September, it continued with capital investments in high-speed broadband “to further strengthen the group’s position in Sri Lanka’s broadband sector” while launching a software-defined networking (SDN) platform for Sri Lanka’s enterprises – FlexNet – during the third quarter.

Melstacorp generated a consolidated revenue of approximately Rs. 48 billion (up 6% year on year) for the first half of financial year 2019/20 while its half-yearly post-tax profit shed 32 percent to register slightly under 1.8 billion rupees (from Rs. 2.6 billion a year ago).

Conglomerate Carson Cumberbatch was in the black in the first half of financial year 2019/20 with a profit after tax of Rs. 1.2 billion (against a PAT of 920 million rupees in the corresponding period of the prior year). Moreover, its turnover increased (by 12% year on year) to 52 billion rupees.

The group’s revenue expansion is largely attributed to the beverage and oil palm plantations sectors, while this profit upside was supported by the beverage, and portfolio and asset management segments, according to Carson Cumberbatch’s interim review for the six months ended 30 September.

And lastly on the 2019/20 LMD 100 Leaderboard, Bukit Darah also enjoyed an uptick in revenue of 12 percent year on year (to Rs. 52 billion) while its bottom line grew to almost 1.2 billion rupees after tax – versus a profit of 906 million rupees in the corresponding period of 2018/19.

FUTURE OUTLOOK If the interim financial statement disclosures at 30 September 2019 are a yardstick of what is likely to follow, and subject to any seasonal factors and post-presidential poll turnarounds in the first quarter of calendar year 2020, the top five positions in the nation’s premier listed company rankings may well remain as they are next year. That said, the two private sector commercial banking giants (ComBank and HNB) are seemingly running neck and neck to take the second runner-up’s place on the podium. 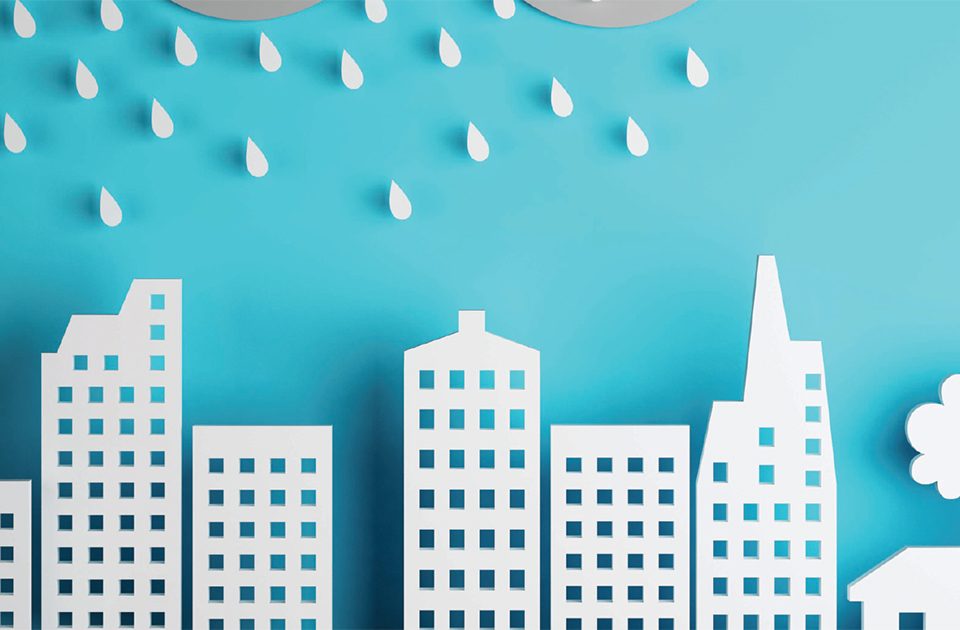