Sri Lanka’s economy grew by 1.5 percent year on year to Rs. 2.6 trillion in the third quarter of 2020, according to the Department of Census and Statistics. While being the number one contributor to GDP (57%), the services sector recorded growth of 2.1 percent – underpinned by telecommunication, IT programming and consultancy, finance, human health, insurance, wholesale and retail trade, and transportation. Industry and agriculture followed with contributions of 28 and eight percent to GDP respectively in the third quarter of 2020.

Where the external sector is concerned, the Central Bank of Sri Lanka (CBSL) reports that Sri Lanka’s trade deficit narrowed in November. However, during the first 11 months of 2020, Sri Lanka’s balance of payments is estimated to have recorded a deficit of US$ 2,203 million compared to a surplus of 488 million dollars in the corresponding period of the previous year.

BUSINESS SENTIMENT The LMD-Nielsen Business Confidence Index (BCI) has fluctuated throughout calendar year 2020. Having continuously declined in the five months to May, it picked up from there onwards amid a loosening of lockdown restrictions and the general election in August, only to move to a downward trajectory once again in October with the emergence of a second wave of the pandemic.

In the two monthly surveys carried out so far this year, corporates have demonstrated renewed optimism in the new year and on the back of news about the deployment of COVID-19 vaccines in the country.

BUDGET 2021 The national budget for 2021 was presented to parliament in November with a focus on strengthening the 2021-2023 medium-term programme of poverty alleviation and economic revival as envisaged in the ‘Vistas of Prosperity and Splendour’ policy framework of the government.

As part of Budget 2021, a consistent tax policy is envisaged for the next five years in a bid to revive the economy and support businesses – simplified tax policies introduced with effect from 1 January 2020 are expected to continue so as to better facilitate taxpayers and improve the efficiency of tax administration. With proposals aimed at developing domestic industries, the government looks to achieve 5.5 percent growth in 2021, maintain the budget gap at nine percent of GDP and reduce the budget deficit to four percent by 2025.

INTERIM RESULTS The latest interim results of the LMD 100 Leaderboard (for the period ended 30 September 2020) suggest there will be a decline in revenue in financial year 2020/21.

This is based on the premise that the combined revenue of the 10 leading listed entities decreased by two percent year on year (to approximately Rs. 772 billion). This outcome is somewhat unsurprising in the light of the LMD 100’s 2019/20 cumulative top line increment (1%).

Meanwhile, aggregate profit after tax (PAT) of the top 10 reflects an uptick of a substantial 80 percent (to nearly 84 billion rupees) compared to the corresponding period in the previous year.

What’s more, all but one of the leading lights are so far in the black in financial year 2020/21 (whereas none of the LMD 100 leaders were in the red at the same time in the prior year). On the other hand, as many as five LMD 100 Leaderboard companies have had to contend with a profit contraction during this time.

While first placed diversified conglomerate Hayleys reports a marginal one percent hike in consolidated revenue for the first half of 2020/21 to reach almost Rs. 107 billion, its bottom line expanded by as much as 496 percent year on year to 3.8 billion rupees in the six months ended 30 September 2020.

“The period under review reflects the strongest six month performance in the group’s operating history, and is underpinned by solid improvements in the core performance of the group’s export-oriented businesses and proactive efforts on driving cost efficiencies through the ‘Haysmart’ programme,” according to a statement issued by Hayleys.

Meanwhile, Hayleys’ Chairman and Chief Executive Mohan Pandithage comments: “We anticipate our export-oriented businesses to maintain the current growth momentum and are confident of delivering significant earnings growth in the ensuing quarters.”

Commercial Bank of Ceylon’s (ComBank) income grew by one percent from a year back (to nearly 114 billion rupees) in the nine months ended 30 September 2020. And its profits dipped by three percent year on year to register slightly in excess of Rs. 11 billion.

In its interim financial statements for the period, the LMD 100’s second ranked entity notes that “gains from government securities, foreign exchange (FX) swap trading and FX trading activities have enabled the ComBank group to mitigate to some extent the severity of the impacts of the COVID-19 pandemic on profits, in a period of reduced interest income and substantially higher impairment provisioning compared to the corresponding quarter of the last year.”

For the first nine months of calendar year 2020, Hatton National Bank (HNB) reported a consolidated income of Rs. 101 billion (down 7% year on year) while its bottom line rose by one percent year on year (to 8.8 billion rupees).

With regard to its performance at the end of the third quarter of 2020, HNB states: “The impact of COVID-19 continued to hamper the net fee and commission income, which declined… as a result of the restrictions placed on imports, low volume of foreign card transactions, removal of certain charges as part of CBSL initiated COVID relief scheme and low level of economic activity.”

However, the bank maintains that it witnessed “an encouraging increase in income from digital products and platforms with customers shifting to digital channels under social distancing and health guidelines.” As for John Keells Holdings (JKH), group revenue declined by 17 percent year on year to nearly Rs. 54 billion for the six months ended 30 September 2020. Meanwhile, its tax-paid profit decreased by 154 percent from the prior year to register a loss of 1.7 billion rupees.

Chairman Krishan Balendra explains that the group’s leisure business continued to be significantly impacted given the closure of the airport, and the high dependency on the recovery of key source markets both in Sri Lanka and the Maldives. 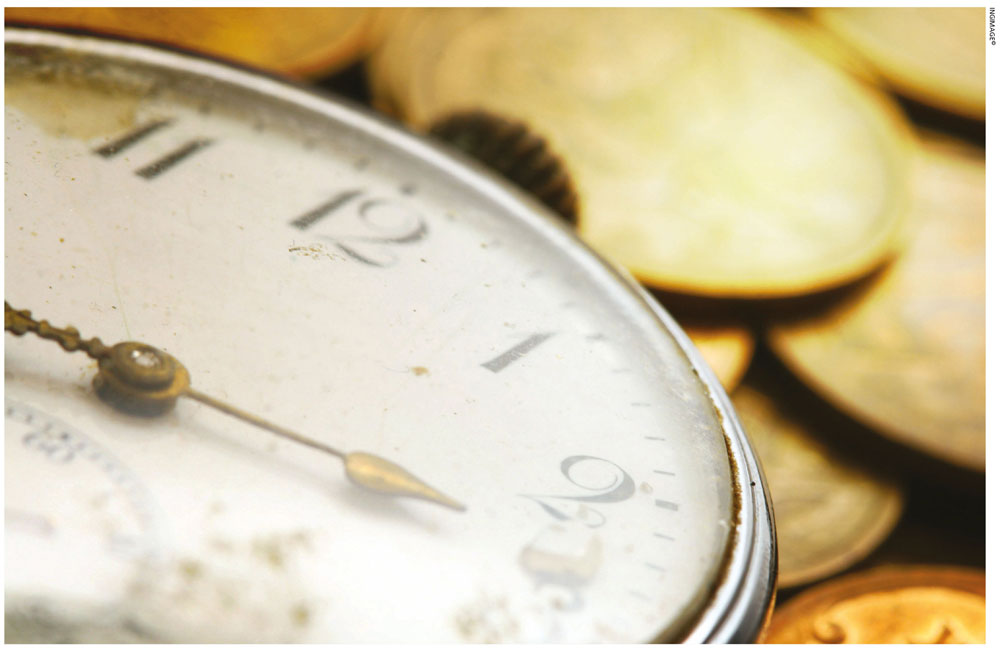 According to JKH’s Chairman, the pace of construction of Cinnamon Life continued to gain traction during the second quarter. He adds that “post ascertaining the impact of COVID-19 on the overall timelines of the project to manage deliverables and the re-sequencing of work, it is expected that the handover of the residential apartments and office tower will commence on a staggered basis from the fourth quarter of 2020/21 onwards.”

Sampath Bank reported a top line of Rs. 83.1 billion (down 12% year on year) for the first nine months in 2020 while its after-tax profit dipped by 23 percent year on year (to slightly over 5.2 billion rupees).

Low interest rates, restrictions on fee-based income, subdued economic activities both locally and globally, coupled with the two month islandwide lockdown due to COVID-19, are cited as the main reasons that impacted the bank’s performance during this period.

Moreover, it notes that “in the light of depressed market conditions, the bank adopted a more conservative approach to making a significant amount of additional impairment provisions on foreign currency denominated government bonds, as well as on loans and advances, which together have been responsible for a sizable profit erosion.”

And the telecom giant Dialog Axiata saw its consolidated revenue expand by one percent to nearly Rs. 88 billion for the nine months ended 30 September 2020. Its after-tax profit also grew by three percent year on year (to Rs. 8.6 billion).

Dialog says the group concluded the third quarter of 2020 “with stable performance across mobile, fixed line and international businesses despite multiple challenges stemming from the COVID-19 pandemic.”

And in the nine months to 30 September, its capital expenditure was directed in the main towards “continued investments in transforming Dialog into a digital telco by digitising all spheres of the organisation.”

CT Holdings generated a consolidated revenue of slightly over Rs. 52 billion (up 1% year on year) for the first half of financial year 2020/21 while its half-yearly post-tax profit shed 22 percent to register 875 million rupees (from Rs. 1.1 billion rupees a year ago).

Group entity Cargills (Ceylon) was also in the black in the first half of financial year 2020/21 with a profit after tax of Rs. 1.1 billion (against a PAT of 1.2 billion rupees in the corresponding period of the prior year). Moreover, its turnover increased (by 2% year on year) to almost 52 billion rupees.

And lastly on the 2020/21 LMD 100 Leaderboard, Carson Cumberbatch experienced a fall in revenue of seven percent year on year (to Rs. 48 billion) whereas its bottom line grew to almost 4.4 billion rupees after tax – versus a profit of 1.2 billion rupees in the corresponding period of 2019/20.

Revenue expansion and profitability of the group was impacted to a great extent by uncertain business sentiment, and economic and market volatilities across the globe in the aftermath of the continuous evolution of the COVID-19 pandemic, according to Carson Cumberbatch’s interim review for the six months ended 30 September.

BUSINESS OUTLOOK Based on the interim financial statement disclosures at 30 September, the nation’s premier quoted company listing is likely to remain unchanged as far as the leading lights are concerned – although a couple of entities (LOLC and Dialog) have enjoyed an upward momentum in recent months.

The trajectory of the 2020/21 LMD 100 rankings would also depend on how the COVID-19 pandemic pans out and in turn, impacts the top lines of leading corporates.