Q: And could you outline ESOFT Metro Campus’ offering?
A: ESOFT Metro Campus is positioned as Sri Lanka’s largest private sector higher education network with a footprint encompassing 40 locations islandwide.
Each year, 35,000 students pass through our doors, following a variety of pro- grammes including short courses, higher national diplomas, and undergraduate, master’s and doctoral degrees.
We were recognised as a non-state degree awarding institution in 2019, which means ESOFT can now award its own degrees.
Through the partnership between ESOFT Metro Campus and Kingston University, undergraduate and postgraduate courses are offered in many areas of IT (computing, software engineering, web and mobile application development, networking and cybersecurity) and engineering (civil, elec- trical, electronic and mechanical). 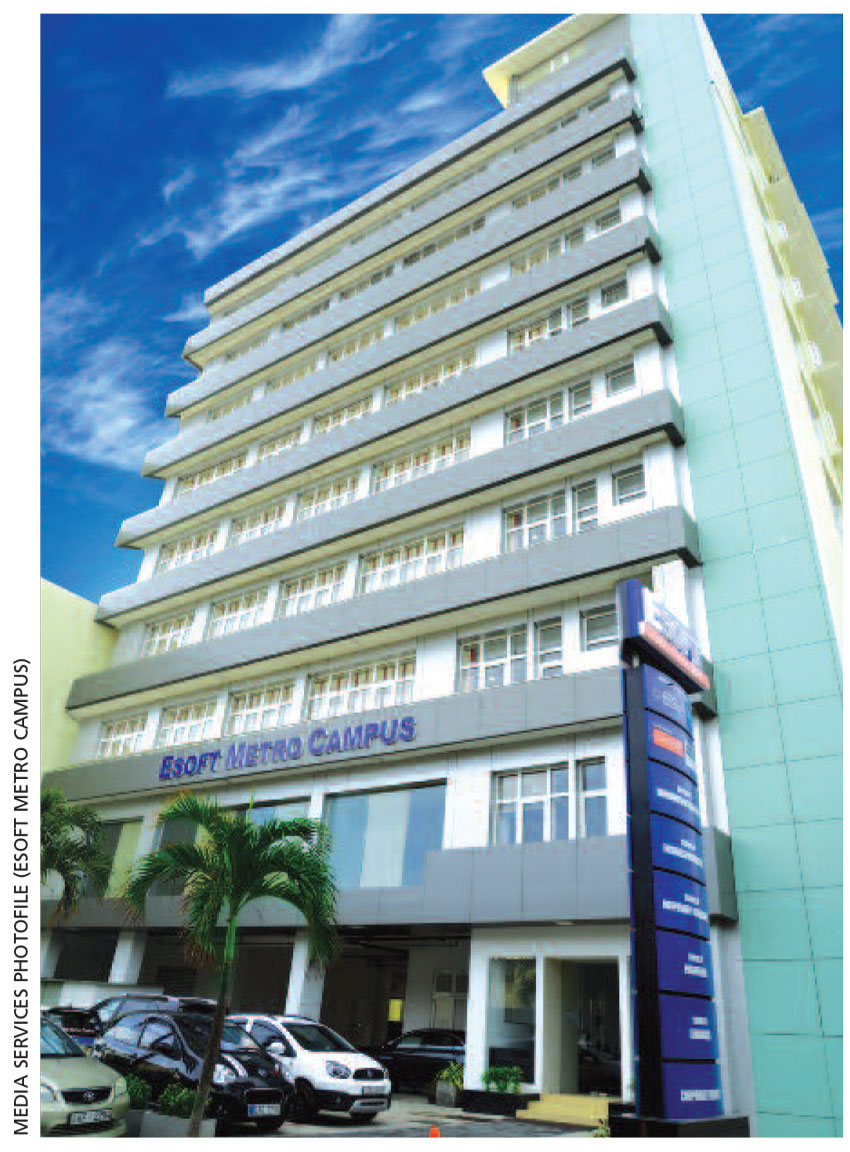 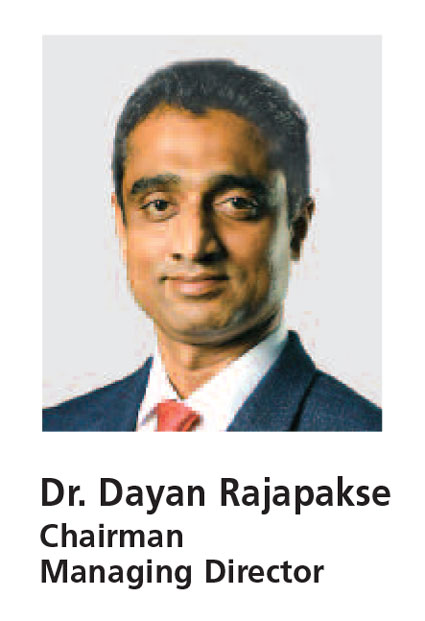 Q: Opportunities for Sri Lankans to read for globally recognised PhDs from reputed universities have been limited thus far. Could you explain how ESOFT is looking to address this with its doctoral programme?
A: Kingston University and ESOFT Metro Campus formed a partnership than eight years ago to fulfil the aspirations of Sri Lankan youth and professionals seeking opportunities to gain world-class qualifications in IT and engineering in Sri Lanka.
Taking this partnership to the next level, Kingston University and ESOFT jointly announced the launch of a PhD programme in Sri Lanka. Initially, eligible candidates will be able to read for PhDs under the Schools of Science, Engineering and Technology, and Computing.
Under these broad topics, students can pursue research in several streams including aerospace and aircraft engineering; civil engineering and construction; computing and information systems; geography, geology and the environment; life sciences; mathematics; mechanical and auto- motive engineering; and pharmaceuticals and chemistry. 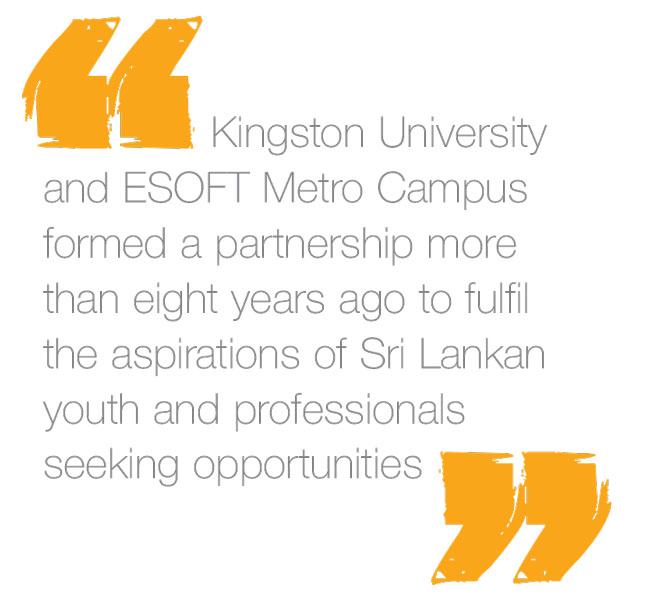 Q: How has ESOFT looked to ensure that this programme is affordable?
A: We have designed the programme to have primary supervisors from the UK and secondary supervisors from Sri Lanka.
This means that 99 percent of students’ time will be spent here and they are expected to visit the United Kingdom for a two week period every year. These measures help us reduce expenses and pass on the ensuing benefits to students.
The PhD programme will be an exclusive offering as only the best candidates will be hand-picked for this unique opportunity.